The Tamarind Institute: 50 Years of Excellence in Fine Art Lithography 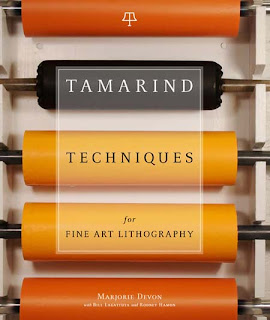 Since its inception in 1960, The Tamarind Institute has served the global creative industries as the foremost authority in fine lithography and collaborative printing. Known then as Tamarind Lithography Workshop (TLW), a California-based non-profit, it was founded by artist June Wayne to revive the medium of lithography during a time when artists were inclined to more expedient processes of Abstract Expressionist painting. She likened the plight of lithography to that of the whooping crane, stating: "In all the world there were only thirty-six cranes left, and in the United States there were no master printers able to work with the creative spectrum of our artists? This remarkable medium of expression [might] die in its youth without having been asked to reveal its untapped powers for new aesthetic expression."
Read more of D'Mitri Agnes-Capone's article in KiptonART Magazine.
Posted by KiptonART at 4:23 PM