Take a Walk in Chelsea

If you're in New York on Saturday or want to just take a break and see some great art, we put together three art exhibitions within blocks of each other in Chelsea that will be sure to wow and boggle your mind. From the historical Picasso exhibition to new works by Chinese and Japanese artists, we highly recommend these exhibitions!

Yayoi Kusama's current exhibition at around the viewer, a myriad of gleaming lights that reproduce and reflect endlessly upon each other in golden silence. Titles of recent figurative paintings, in which worms, eyes and other more indeterminate Gagosian's 24th Street location includes some astonishing new works, such as Aftermath of Obliteration of Eternity (2009), a mesmerizing "infinity room" that operates on a system of simple yet ingenious optical devices. In a dark void, a delicate, shimmering mirage unfoldsbiomorphic forms abound, reflect a preoccupation with mortality, as well as with enlightenment, solitude, nothingness, and the mysteries of the physical and metaphysical universe. Kusama produced her first huge paintings as a young, struggling artist in New York in the late 50s. Exhibition is up from April 16, 2009 - June 27, 2009. Gagosian Gallery, 555 West 24th Street, New York. Monday - Saturday 10am-6pm

"Picasso: Mosqueteros" is the first exhibition in the U.S. to focus on the late paintings since "Picasso: The Last Years 1963-1973" at the Solomon R. Guggenheim Museum in 1984. 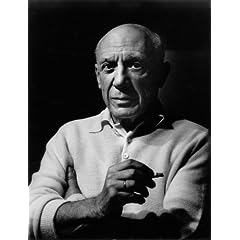 Organized around a large group of important, rarely seen works from the collection of Bernard Ruiz-Picasso, as well as works from The Museum of Modern Art, New York, The Museo Picasso Malaga and other private collections, "Picasso: Mosqueteros" aims to expand the ongoing inquiry regarding the context, subjects and sources of the artist's late work. This exhibition is incredible and kid-friendly (except for the multiple 69 pieces which the kids won't figure out). Exhibition is up from March 26, 2009 - June 6, 2009. Gagosian Gallery, 522 West 21st Street, New York. Monday - Saturday 10am-6pm.

Huang Yong Ping created a monumental installation comprised of a single temple-like construction. Taking its form from the spiral of a coiled snake skeleton, a ramp of bamboo gradually rises taking the viewers from the tail toward its head. In transforming the rib cage of the snake into a series of arches, Huang Young Ping creates the Tower of Babel-like sculpture upon the natural material of bamboo. Only 3 people are allowed to walk on the structure (and ladies with high heels beware). Exhibition is up from May 1, 2009 - July 31, 2009. Gladstone Gallery, 530 West 21st Street, New York. Tuesday - Saturday 10am-6pm.